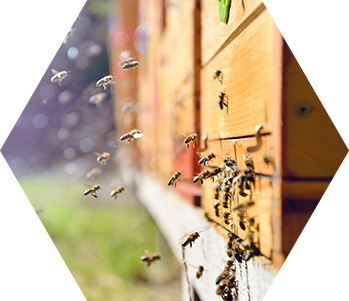 Brassibee is part of the Brassitech™ project, the idea of which is to effectively help people and animals by creating friendly, natural products that use the unique healing and health-promoting properties of cabbage substances.

To bring out what can contribute to the effective treatment and protection of humans, animals and nature, we combine our passion and commitment with available knowledge and technical and technological solutions. In this way, we develop innovative processes to extract the active substances contained in nature, on the basis of which we develop our products.

Cabbage is nature's creation, an intelligent health factory that can adapt to changing conditions and has accompanied man for centuries. The first leaf forms from which the head cabbage was made began to be grown as early as the 4th century BC. The use of different varieties of cabbage for medicinal purposes is mentioned in the studies by Pliny (1st century BC) and Cato (234-149 BC). The health properties of this vegetable were also indicated by Horace, Pythagoras and Diogenes, among others.

Cabbage owes its effective healing and health-promoting effects to the substances it contains. A detailed report from the scientific database Reaxys® indicates the presence of as many as 466 different substances in cabbage. In typical publications, among others, sixteen free amino acids, many mineral substances such as: phosphorus, potassium, magnesium, sodium, calcium, iron, manganese, microelements, vitamins (C, A, B1, B2, B3, B6, B12, H, K, PP, E, U) as well as carotenoids, polyphenols, thiosulfinates, L-glutamine, glucosinolates and natural isothiocyanates and indoles are found in cabbage. 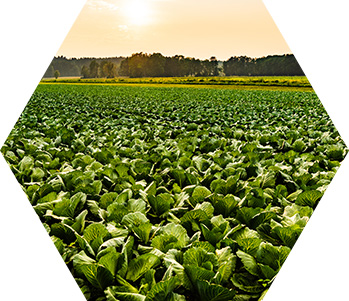 The antiseptic and anti-inflammatory effects of cabbage, known almost always in folk medicine, are also successfully and widely used in conventional medicine. There are also many publications available which scientifically indicate the effective action of cabbage in inhibiting the development of pathogens, including bacteria, fungi and moulds, combating inflammation, strengthening immunity and stimulating the body's vitality, as well as producing antibodies and removing toxins. There are also many publications documenting the effective use of substances contained in cabbage in the treatment of cancer. Typically, cabbage is recommended for use in strokes, sprains, arthritis, ulcers, rheumatic pains, inflammations and infections, digestive disorders, liver and spleen diseases, skin inflammation or treatment of burns, contusions and wounds. A special and at the same time common use of cabbage leaves is making compresses of them in case of lactic gland inflammation in women during lactation. Of course, in addition to its healing and health-promoting effect, cabbage also has its culinary advantages, which are used in the cuisines of many cultures and nations.

It is interesting that the healing and health-promoting properties of cabbage change over time and adapt to the existing conditions. Well, cabbage is not only the substances that are simply contained in it, but also the substances that cabbage begins to "produce" when it is subjected to external factors. Therefore, according to folk wisdom, before making wraps of cabbage leaves, they should be "beaten" or "beaten". It is precisely under the influence of external factors that the cabbage develops defensive mechanisms, resulting in an enzymatic process that produces active substances that correspond to the specific healing and health-promoting properties of this vegetable.

Changing the dangers to which cabbage is subjected contributes to changing the chemical reactions taking place in it. This natural, evolutionary defence mechanism ensures that the active substances it produces keep up with the new risks and create new efficacy. Thus, it is not only a natural health factory, but also a factory with a very efficient and effective research and development department, which constantly creates solutions to emerging problems.